When leo was first born, I felt a love I have never felt before. When Leo was diagnosed with Autism, I felt a love I never dreamed of. Everyone says your child doesn’t change when they are diagnosed. This is true, we left the center of autism with the same little boy we walked in there with. But your heart changes. My heart first shattered into a million pieces when I first heard of his diagnosis, but then it healed into something I cannot explain. Words wouldn’t be able to describe the change of love I have for my son. It’s not the quality or quantity of love that changed, it is the feeling. 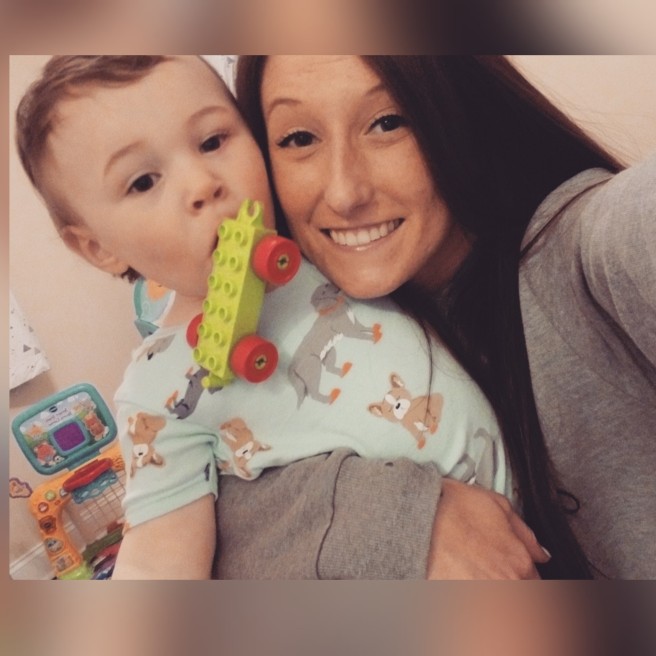 I remember watching the movie Vaxxed on Amazon prime when Leo was about 13ish months old. I was shocked to hear all these stories of kids Leo’s age getting the MMR vaccine and then boom. Autism. I frantically looked through all of Leo’s medical records to see if he received that vaccine yet. He did. And I felt a sense of relief! I thought, phew! Leo already had the vaccine and no mysterious onset autism occurred. We must be out of the water!! Wrong. The MMR did not cause my son’s autism. No vaccine caused my son’s autism. And I can say that with 100% confidence now.

Before the word autism ever entered our lives, we noticed some things about Leo that we called “quirks”. We thought Leo was a silly little boy with tons of weird, but some cute, qualities. Everyone who knows Leo, knows how much he has always loved wheels. I can’t even tell you when his love for wheels began, but it was very early in life. He would spin wheels all the time. As his motor skills grew, he began to flip cars over to spin the wheels. He started running after and seeking out any object that could spin or had parts on it that could spin. Strollers, cars, carts, garbage cans, lawn mowers, door knobs, scooters, toys, vaccuum cleaners, you name it. He eventually began to spin random objects that weren’t meant to spin, like the dogs bone. We thought our kid just really liked things that could spin. I even remember googling “spinning in children” and learned about learning strategies called schemas. You can read about it here. I remember thinking this was just his way of learning! So we would buy him cars and trucks, spinning toys, friends and family would gift spinning objects and books with wheels on them. Little did we know, Leo was having an obsession. Leo would twirl his hands and feet. People in the store would say how cute it was, my mom and I would joke and laugh about it and adore his quirkiness like everyone else. For as long as I can remember, Leo had the signature back arch. The back arch that would terrify you when anyone besides you or your husband held your child because it was so powerful that it could knock you on your feet. Even as an infant, the back arch was a problem. We thought it was from stomach discomfort. We were told to change his formula countless times, he was diagnosed with GERD and prescribed reflux medication at only 8 weeks old. We were told he was back arching due to his aspiration issues and discomfort after we saw a GI specialist when he was a few months old. Looking back, that back arch was one of the first signs of a sensory disorder in our son. Leo would often press himself into you and then push away, arch his back, and then just flail all over the place crying as if he was being torchered, and he still does this.  Around the time Leo had a couple teeth he began placing his hands over his ears. I suspected it was linked to teething and never even batted an eye over it. Looking back now, I ask myself how I was so oblivious. Some people did make comments about this specific feature. They would ask why he was doing it and if he is ok. I always replied with teething, and even asked his pediatrician once after it went on for a while, and she confirmed my thoughts of teething. Some time after, I realized he was putting his hands over his ears when he heard certain sounds. The water running from the faucet, the vacuum, random videos playing off my husbands phone or something on the TV. I figured he just didn’t like the noise. But then, I started noticing it happening during certain situations. If he was over tired or hungry, upset or having a tantrum. It still wasn’t until I was first told that he was showing early autism signs that I made the correlation. 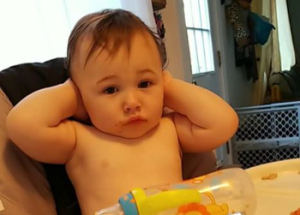 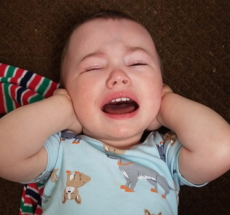 There were MANY “huh!” moments after we considered our son might be autistic. The more we learned about autism, the more it made sense. The hand flapping was a tough sign to decipher, now its something that can make Leo stand out in a large room filled with other kids his age. You would think he could get airborne if he was excited enough. The self inflicting pain or self-harming was also another tough one. Head banging in toddlers is quite normal, especially when trying to fall back asleep or frustrated. Leo bangs his head and hits himself so hard sometimes, we worry he may crack open his head. The stomach smacking is heart breaking for me. I never questioned it before, because I thought it was just part of the head banging phase. Now he runs into walls, does his signature 360 jump back head bang, and will occasionally rip out his own hair, if he is so far into a melt down and cannot come back to his senses. Luckily, we have been able to learn the triggers and signs he is having sensory overload and can act before it gets to be too much. And then there was the speech delay, poor eye contact, not responding to his name, and the sensory meltdowns. Before he was 12 months old he would say momma and dadda. I was thrilled thinking he was going to be an early talker. I also was able to get him to say bye-bye, once, while he open and closed his hands. I never thought about if he actually knew what those words meant. There was a time when he called everyone and everything dadda. It seemed like he tried to link me with momma, but eventually he started blurting out momma while playing with cars or other toys. Then, once we saw the shift in him, he lost those words. He didn’t say anything and no matter how much I would work with him and repeat myself, he just blurted out a bunch of adorable jibber jabber that made no sense. Leo speaks, just in his own language that no one else understands. And for right now, we’re working on it. Since getting Leo into speech therapy, his response to his name has improved dramatically. He still is not responding as much as he should, but it’s a hell of a lot better than where we started.

So, when Leo and I sat in the pediatricians office at his 15 month check up, I was stunned when the pediatrician told me my son was showing signs of autism. I felt like I failed my son. All of the signs were right there, plastered into my perfect little boy that I spent every day with and I never even thought of it. So, I hope this helps parents to be aware of their children. If you are concerned about their behavior or delays, it’s okay to ask questions. We are so very lucky to have caught Leo’s autism this young. Most parents who see the signs before their child’s doctor does have to fight to get their child help. Its heartbreaking and I actually feel bad for how easy it was for us. Everything kind of just fell into our lap with barley any effort. Help me grow and Cleveland clinic have been amazing to us. I can’t imagine where we would be now if we had never seen Dr. William Mudd at the Cleveland Clinic. I am forever grateful for this man. The man who told me my son was autistic. The man who saw me burst into a million tears and made me feel like the best mom in the world. Ive never been a religious person, but I truly feel that everything that lead us to him was planned by something I couldn’t explain. Someone knew my son needed help, and Dr. Mudd was the key to our road of success for my son. I missed the signs that pointed to autism, and he made them clear.

View all posts by Kristie Bachman